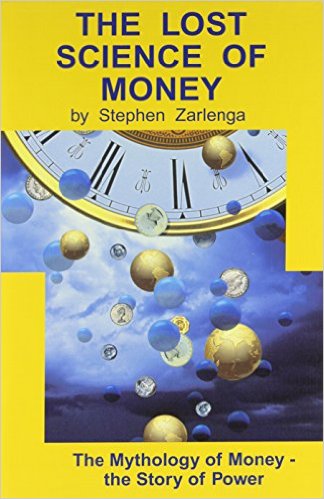 This is a polemical book which starts with the assumption of the philosopher Aristotle that “money…exists not by nature, but by law” and “it is in our power to change it and make it useless“.

The whole book is a monetary reform tract, which claims the ‘money power’ that exists in the populace has been constantly usurped by rulers and bankers to their own benefit and that we can take back that power. It assumes that there is a lost ‘science of money’ that can be rediscovered. This ‘science’ is the idea that government has it in its power to create the money it needs without recourse to banks and bankers.

While developing these arguments, the author takes us on a whistlestop tour of monetary and banking history with chapters on the decline of Rome, financing the Crusades, usury and the Scholastics, the rise of mercantile power in Europe, the birth of the Bank of England, the story of Colonial money in early America, the birth of the Federal Reserve and much more.