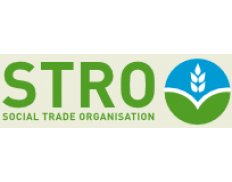 The Dutch foundation STRO (Social Trade Organisation or Strohalm) was founded in 1970 by Henk van Arkel. Its original focus on environmental issues has shifted in the last twenty years ever more in the direction of activities in the area of alternative economics and particularly complementary currencies – always following the conviction that economic and monetary conditions are the main determinants of our development possibilities as societies. Since 1995, the research and pilot projects of STRO have been focussed on Latin America, where the negative effects of the monetary economy were most keenly felt and where an increasingly strong counter-movement of the “economia solidaria” (solidarity economy) was already present. Most proposals for solutions here aim to support small businesses and sustainable communities.

“The current economic and financial crisis clearly shows that the current monetary system with its interest bearing money doesn’t work at all. For two decades, the STRO Group has been working on new ways to make money work to get regions out of economic crises. STRO has developed and tested monetary tools in pilot projects and built the banking software that supports these tools. The Spend Local campaign aims to promote the worldwide use of STRO tools. Presently STRO has a whole range of instruments and approaches available to support private or public initiatives that make money work and stimulate economies.”