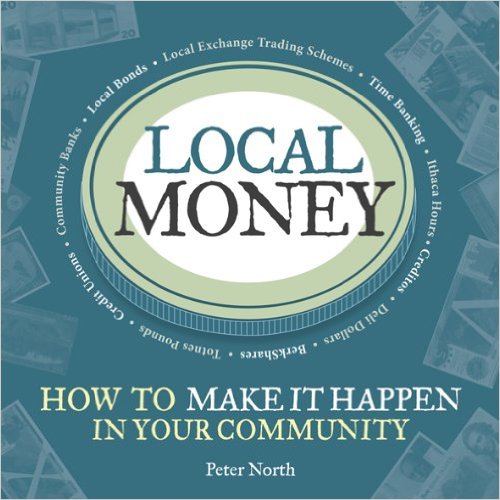 Peter North is an academic and activist who has been observing the local currency movement for well over 20 years and has published several studies on the topic.

‘Local Money’ is a portrait of local currency movements worldwide that shows the breadth of experimentation going on within local efforts to counteract the negative sides of globalization.

Starting with a brief survey of the ‘money we have’, the author describes the possibilities for changing money by design.

The second half of the book focusses on the first wave of local currencies inspired by the UK Transition Movement from 2008 onwards and the lessons to be learned.