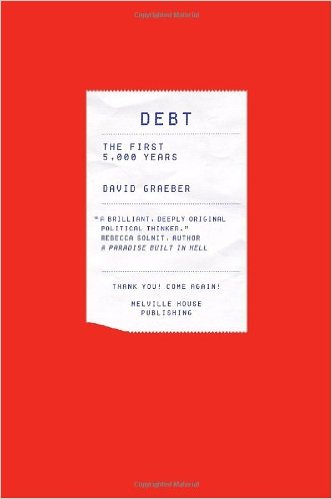 “Debt: The First 5,000 Years” by anthropologist David Graeber, published in 2011, explores the history of debt and its role in barter, marriage, friendship, slavery, law, religion, war and government. It draws on the history and anthropology of a number of civilizations, from the first known records of debt from Sumer in 3000 BC up to the present.

Graeber argues that the imprecise, informal, community-building indebtedness of “human economies” is only replaced by mathematically precise, firmly enforced debts, through the introduction of violence, usually state-sponsored violence in some form of military or police.

According to worldwide anthropological evidence, debt is probably the oldest means of trade, with cash and barter transactions being later developments. Debt has remained primary, with cash and barter usually limited to situations of low trust involving strangers or those not considered credit-worthy.