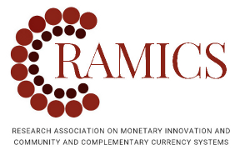 The event is designed to include academic and practitioner knowledge and will be organized in two days:

This social event closes the (E)change Bruxelles action-research project co-organized between the Universite libre de Bruxelles and Financite. It celebrates the emergence of the new Brussels local currency ‘La Zinne’. Researchers participating to the research seminar of the 22nd November are welcome to join this social event, although it is not compulsory.

The surge of growth of cryptocurrencies and digital money have recently caught the attention of both management scholars and practitioners (Brière et al., 2015; Dodgson et al., 2015; Iansiti & Lakhani, 2017; Lehr & Lamb, 2018; Michelman, 2017; Posnett, 2015; Vergne & Swain, 2017). However, cryptocurrencies are only one of the latest forms of complementary currencies (Blanc, 2016). Before the emergence of cryptocurrencies, complementary currencies were mainly conceived of and issued by citizens, nonprofits, businesses, and even local public administrations, and circulated within a defined geographical region or community (Cohen, 2017; Dissaux & Fare, 2017; Guéorguieva-Bringuier & Ottaviani, 2018; Lietaer, 2001). Also known as local, social, regional and alternative currencies, these complementary currency systems are often developed to respond to societal needs and aspirations that official currencies do not address (Meyer & Hudon, 2017; Fraňková et al., 2017; North, 2007). Specifically, they can be designed to promote sustainable behavior, build community social capital, and foster trade and local development (Blanc & Fare, 2013; Collom, 2007; Gomez & Helmsing, 2008; Marshall & O’Neill, 2018; Seyfang & Longhurst, 2013). For example, inter-enterprise currencies are mainly used in business-to-business networks in order to facilitate the exchange of goods and services between small and medium-sized enterprises (Meyer & Hudon, Forthcoming; Stodder, 2009).

Complementary currencies are socio-economic innovations aiming to address societal challenges of social cohesion, economic inclusion and environmental preservation (Stodder, 2009; Joachain & Klopfert, 2014; Michel & Hudon, 2015, Sanz, 2016). This conference aims to gather researchers and practitioners to explore and debate the potential of complementary currencies for sustainable development and socio-economic resilience (Ulanowicz et al., 2009; Gregory, 2014; Graugaard, 2012). We believe that the topic is one that is predestined for cross-disciplinary research and for thinking beyond established boundaries. We invite conceptual and empirical submissions drawing on a range of theoretical perspectives and diverse methodologies to explore complementary currencies, including researchers working on cryptocurrencies.